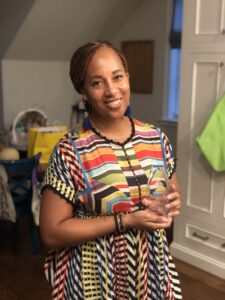 Mandi graduated from the University of Kentucky with a degree in Elementary Education. She taught 4th grade in her hometown of Louisville, KY, before getting married and starting a family. She fell in love with volleyball when she began playing in elementary school, continuing that love through college, and now as a parent and coach. Mandi has worked to support others through her philanthropic passions through teen leadership and mentoring programs called My Sister’s Keeper and The Village Project. Mandi and her husband Nazr are parents to three children – Amani, Nasir, and Sanaa. 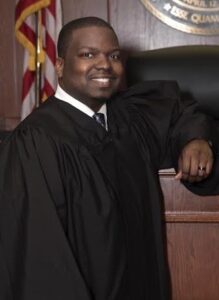 A native of Statesville, NC, Judge Quintin McGee graduated from UNC-Chapel Hill and North Carolina Central University School of Law. Judge McGee served as an attorney in private practice and later an Assistant District Attorney in the 15th District DA’s Office from 2012-2020. In November 2020, he was appointed as a District Court Judge for Bladen, Brunswick, and Columbus Counties. Judge McGee serves as a board member with the Cape Fear Council of the Boy Scouts of America, the Communities in Schools of Brunswick County, and volunteers with the 13th Judicial District’s Teen Court program. He resides in Leland, NC, with his wife, Veronica. 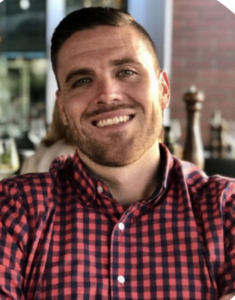 Brendan was an All-American college basketball player at Davidson from 2002-06 and went on to play five years professionally in Europe. In 2009, Brendan co-founded Pro Skills Basketball (PSB) as a summer camp in the Davidson, NC area. Over the last decade, it has become the premier youth basketball organization in the U.S. with 150+ club teams in more than 15 cities. PSB has been recognized by the Jr. NBA as “one of 15 best-in-class youth basketball organizations that share the Jr. NBA’s vision for how the game should be taught and played at the grassroots level, and have committed to pursuing the highest standard of operation in the industry.” 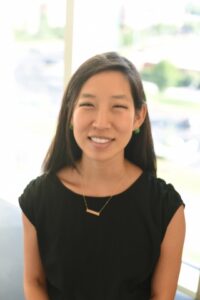 Laura is a CPA who recently served as Controller at UNC Charlotte and worked for the University for more than 10 years. She previously worked at PwC, a public accounting firm, specializing in tax. Laura received her undergraduate and graduate degrees in accounting from The University of Tennessee, Knoxville, and also received a Graduate Certificate in Applied Ethics from UNC Charlotte. Laura was the co-captain of her high school volleyball team during her senior year. She currently enjoys playing tennis and practicing yoga. Laura has lived in Charlotte for 15 years and has two young sons. 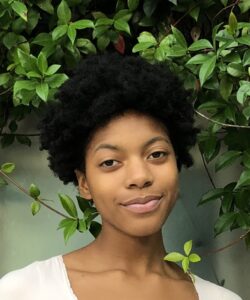 Arden Bean is a sophomore at North Carolina A&T. She has been playing volleyball for six years for Alexander Graham Middle School, Myers Park High School, and Carolina Juniors Volleyball Club. Arden enjoys the connection of volleyball teams and its ability to create skills on and off the court such as leadership and communication. She uses those skills towards serving the community as well. She is an ambassador for the organization JA Biztown, a non-profit dedicated to teaching the youth about real world skills in business and finance. On the board, Arden plays the role of representing the athlete’s perspective, experience and voice. 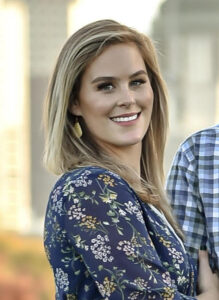 Ericka grew up in Charlotte, where she fell in love with the sport after trying out for a “fall sport” at Bradley Middle School. She continued playing for North Mecklenburg High School where she was a freshman on Varsity and an All-Conference player year after year. She was also a club player for Lake Norman Volleyball Club. An injury sidelined her goals of playing in college, but Ericka attended UNC-Charlotte and played on the UNCC Club Volleyball Team and Zeta Tau Alpha intramural team. Ericka is a community volunteer who still enjoys playing sand volleyball with her husband. They have two kids and two dogs.